Can genetic diet tests really tell you what to eat? 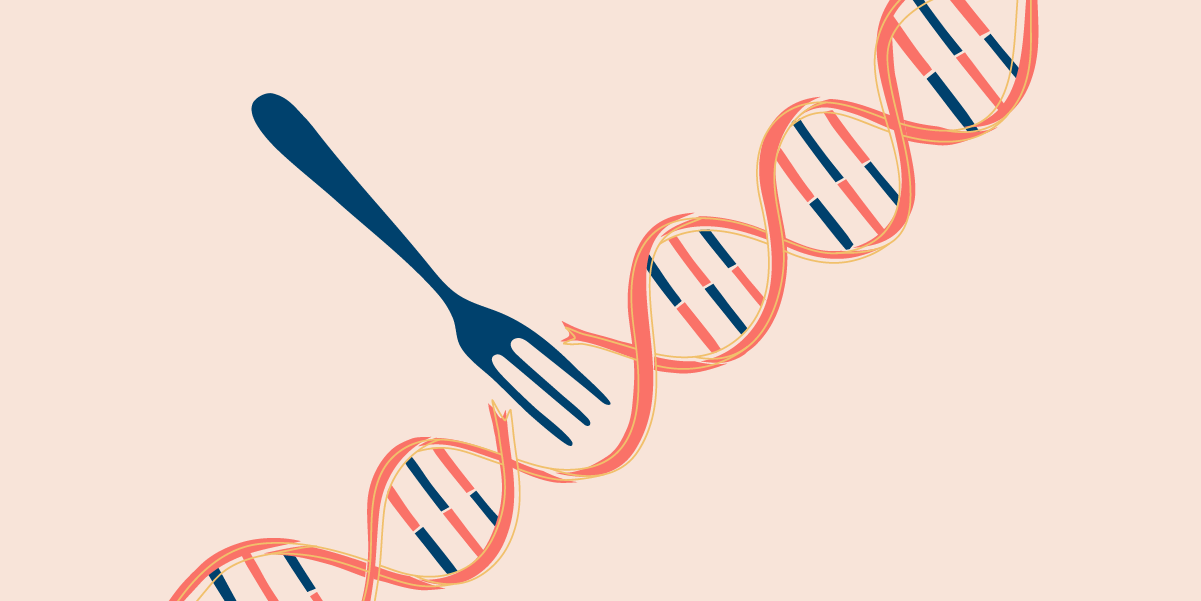 There are plenty of tests on offer that claim to find the right diet for you based on your genes. But do they really work and are they worth the money?

Over the past few years, we’ve seen an explosion in the number of home genetic tests that promise to tell you about your ancestry and health. Some of these tests even claim to be able to tell you how you should eat to stay healthy based on your DNA.

Sure, it seems like a great idea. After all, we’re always saying that one size doesn’t fit all when it comes to food. So it makes sense that your diet should be tailored to you.

Genetic nutrition tests are easy to buy over the internet and range in price from around $150 for a basic test up to $400 or a few thousand dollars for a whole genome test. But do they work? And are they really worth the money?

We spoke to Tim Spector, Professor of Genetic Epidemiology at King’s College London, director of the TwinsUK study and principal investigator for our PREDICT nutrition studies to find out. In this post, you'll discover:

How do genetic nutrition tests work?

The process of doing a genetic diet test is pretty simple:

The first problem with these tests is that they assume that a single gene or a few genetic variations explains everything about a single characteristic. And while that is true for a small number of rare health conditions, it’s far too simplistic for something as complicated as your overall response to food, where we still know very little about the genes involved.

"A genetic test told me that I have a 90 percent probability of having blue eyes, but they are dark brown," says Tim.

“If you have the gene variation that’s been linked to a particular response to food in a large population, it doesn’t necessarily mean you’ll definitely respond in that way - it just makes it slightly more likely,” he explains.

Most of our characteristics are influenced by combinations or groups of hundreds of genes, which can have many differences between people, so simple tests looking at a limited number of variations in single genes just aren’t very useful at the level of an individual.

Your genes only tell part of the story

Our bodies are sophisticated systems that are controlled by a complex interplay between our genes and the things we eat, drink and do, as well as the influence of the world around us.

If your responses to food are determined solely by your genetics, we would expect identical twins (who share the same genes) to have the same reactions to food.

Surprisingly, our PREDICT studies show that this isn’t the case.

We all have our own unique response to the foods we eat, and even identical twins can respond very differently to the same meals.

And it’s not just how you live your life that affects your nutrition. There’s a big role for the trillions of bacteria and other bugs that live inside your gut, known as the microbiome.

For example, you may have the genetic trait for lactose intolerance, but if your gut is populated with bacteria that break down the lactose for you, you may be able to eat dairy after all.

“We have seen sets of identical twins where they both have genes for lactose intolerance, but only one of them has problems with dairy,” reveals Tim.

“In reality, there is no evidence that you can use genes to identify which foods you should and shouldn’t eat, with very few exceptions," Tim says.

“The companies offering genetic diet tests will say they’re based on studies done with hundreds of thousands of people that show that a set of gene markers is associated with people that might have particular responses to food. But while these might be statistically significant in hundreds of thousands of people, for an individual it's hardly better than tossing a coin.”

Many of the genetic tests out there don't even agree on what particular variations mean for your responses to food, with different companies giving opposing information and advice for the same genotype.

The truth is, we don’t fully understand how our genes affect our responses to food, so giving diet advice based on a handful of variations in your DNA is misleading at best.

So, how can you discover the best foods for your biology?

The evidence is clear: simple genetic nutrition tests can’t tell you how your body responds to food or the best diet to optimize your metabolism.

The only way to know that is to take a test that accurately measures exactly how your body responds to food, alongside the many other complex, interrelated factors (including genes, the microbiome and more) that play an important role.

Sound like something you'd like to try? With ZOE's at-home test kit you can discover how your body works and be empowered to choose the best foods for you. No more guesswork needed.