Are nuts bad for you? Why the calorie counts for almonds don’t add up 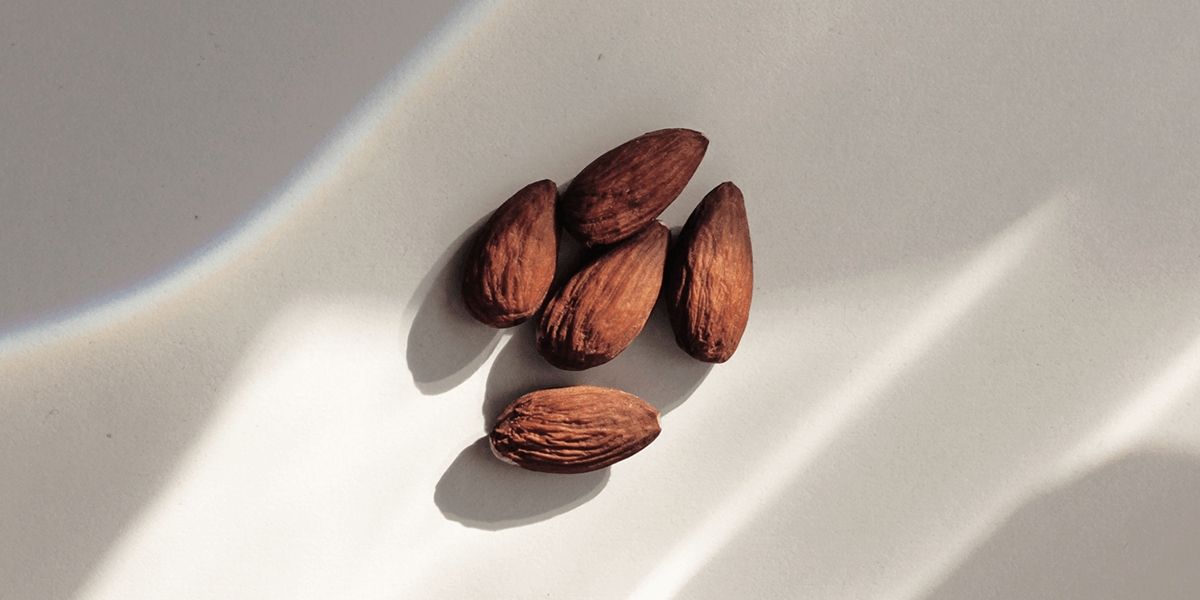 Nuts are infamous for being high in fat and calories, but this doesn’t necessarily mean they’ll ruin your diet.

A quick Google search will tell you that nuts usually contain between 5 and 7 calories per gram. That’s a high number, especially when you consider that a grilled cheese sandwich clocks in at around 5 calories per gram, and a typical pizza has less than 3.

Nuts have a high energy content because they contain a relatively large amount of fat. Even a small one-ounce portion of nuts (28 grams) can contain around 15 grams of fat and 170 calories.

These figures have led nuts to be labelled as a potential diet-buster that should be consumed with caution. But reality doesn’t match up to this bad reputation.

Numerous scientific studies have shown that eating nuts in reasonable quantities will not make you gain weight, despite their high fat content.

So what’s going on?

In a study by the US Department of Agriculture (USDA) in 2012, scientists fed people almonds and measured how much energy their bodies extracted from the nuts.

That’s a staggering 32% difference between the number of calories per portion listed on a packet, and the amount of energy you’ll actually be able to access from eating them!

And it’s not just almonds. Similar experiments reveal that we’ve also overestimated the calorie contents of walnuts, pistachios, and cashews too.

It’s hardly surprising that simplistic calorie counts for nuts are wrong when you consider that we still use a system dating back to the 1800s, when a chemist called Wilbur Atwater invented a method for estimating the calories in a portion of food based on the total number of grams of fat, protein and carbohydrate contained within it.

When you use the absolute amount of fat in a portion of food to calculate the calories you’ll get from it, you’re assuming that you can actually access all that energy. But the fat in whole nuts is protected by sturdy structures such as plant cell walls, which aren’t easily broken down during digestion.

This is known as a food matrix effect. This refers to how the structure of food affects the availability of energy and nutrients and how much of a particular nutrient is released as food is digested in our gut.

Thanks to this food matrix, your body can’t release all the fat stored in nuts. So when you eat them, little capsules of fat make their way through your entire digestive tract intact and exit at the other end.

Processing affects how much energy we get from nuts

Even when nuts are mixed and consumed with other foods, the effects of the food matrix are still there.

Recent work from one of our scientists, Dr Sarah Berry, showed that muffins made with small particles of almond provide more available fats and trigger a bigger blood fat response than muffins made with larger almond chunks.

She puts the difference in responses to the two muffins down to how well the cellular structures of the nuts survived preparation and the journey through the digestive system.

The calories in nuts depend on who’s eating them

We’ve discovered that nutritional responses to the same foods can be very different between people, even identical twins.

The Atwater system doesn’t account for these variations from person to person. And it completely ignores the role that the billions of bacteria that live in our gut play in digesting our food (collectively known as the microbiome).

These numbers aren’t so surprising to us here at ZOE. The first results from our PREDICT 1 study showed that the basic properties of foods, including their calorie count and fat content, only account for a third of people’s nutritional responses.

So, should you eat nuts or not?

If you only look at the fat and calories in nuts and decide not to eat them, you’ll miss out on the other benefits they offer.

Besides containing heart-healthy fats, nuts are packed with nutrients including fiber, vitamins, minerals, antioxidants, and many other health-enhancing plant-based compounds.

Research has shown that eating nuts will reduce your risk of diabetes, high blood pressure, heart attacks, and an array of other health problems.

Why miss out on these benefits because of some inaccurate numbers written on the back of a packet that may not even apply to your metabolism?

(One caveat: whole nuts are a serious choking hazard, especially for children, so we definitely recommend chewing them first!)

There is no one right way to eat

We believe that the best way to eat to maintain your health is by understanding your personal nutritional responses and finding the foods your body loves.

That’s why we’re working together with leading scientists and thousands of volunteers – combining large-scale data and machine learning to predict personal nutritional responses, so everyone can eat with confidence, nuts included.