Overcoming the slog – here's how ZOE helped Whit get his stride back! 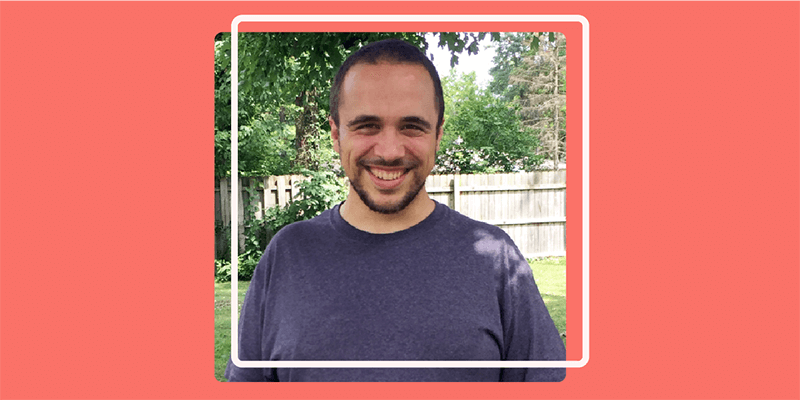 Hi! I'm Whit. I started endurance running 7 years ago because it was something that I really enjoyed doing. I would run regularly and take part in marathons, and I loved it! At the time I started the ZOE program I found myself in a slump - slowly, but steadily gaining weight and with no motivation for endurance running.

I had tried every dietary approach out there for temporary improvements, but each attempt was followed by major setbacks in mood and health.

My experience with ZOE was very unexpected! When I started following the ZOE plan, I was worried that it would follow the same pattern of crashing on the diet and ending up worse. However, I never felt the crash of a restrictive diet. I was always satiated and had a lot of options to choose from.

It helped that the program had a staged approach - the beginning of the plan was more restrictive to help you learn about your own body, but each week the plan widened to a more flexible approach. That structure made it a lot easier to stay focused.

3 things I learned about my biology:

“The ZOE approach has given me information about myself that I can use to forge a path for my personal health - not set in a particular philosophy but based on my actual data.”

Partway through the ZOE plan I began exercising again. I found I was regaining my motivation for endurance running and saw slow and steady weight loss. A few weeks after the plan, and still following the lessons I had learnt, I’ve completed a 5K and loved every minute! I’m now looking to run another marathon, 5 years after my last race!

However, one of the biggest improvements I have seen was in my mood. I am experiencing fewer moments of high anxiety and frustration, which has been a welcomed change.

When I looked at the meals I’d previously been eating every day, they all included some of the worst scoring foods for me. A few were more obvious such as ground beef or white potatoes, however it was not always obvious. Some whole grains such as corn and brown rice that are considered ‘healthy’ were very poor for my body, whereas more processed items such as rye flour and whole wheat pasta were better for me.

"Through the ZOE program, I learned that the daily discomforts I had been experiencing such as slightly swollen ankles and a puffy face were gone after just two days of changing out starches like rice and potatoes for ones that worked for me (quinoa and beans)."

These minor changes to my way of eating made a huge difference!

My spouse was very supportive whilst I was on the ZOE plan, but my children and toddler were not very motivated to eat similar foods to me. Especially when many of the foods they know are ‘healthy’ were not good for my blood sugar and blood fat control. It is difficult to follow any diet where you are making separate foods for your family at the same time.

"What makes ZOE unlike other dietary approaches is that it’s not all-or-none in terms of what I ate, there was some wiggle room. I could have some of a low scoring food that my toddler wanted to feed me without wondering if I was sabotaging my success."

I could just log food into my app and balance it with high scoring foods later in the day. I could typically eat elements of a meal freely with just a small addition of high-fibre or healthy fats such as almonds or avocados. This was a big boost, as it really reduced the amount of time the plan took.

I simply added what I ate up in the ZOE Insights app on my phone, then ate foods that helped balance that little bit of indulgence within that same meal