What can a muffin reveal about your metabolism? 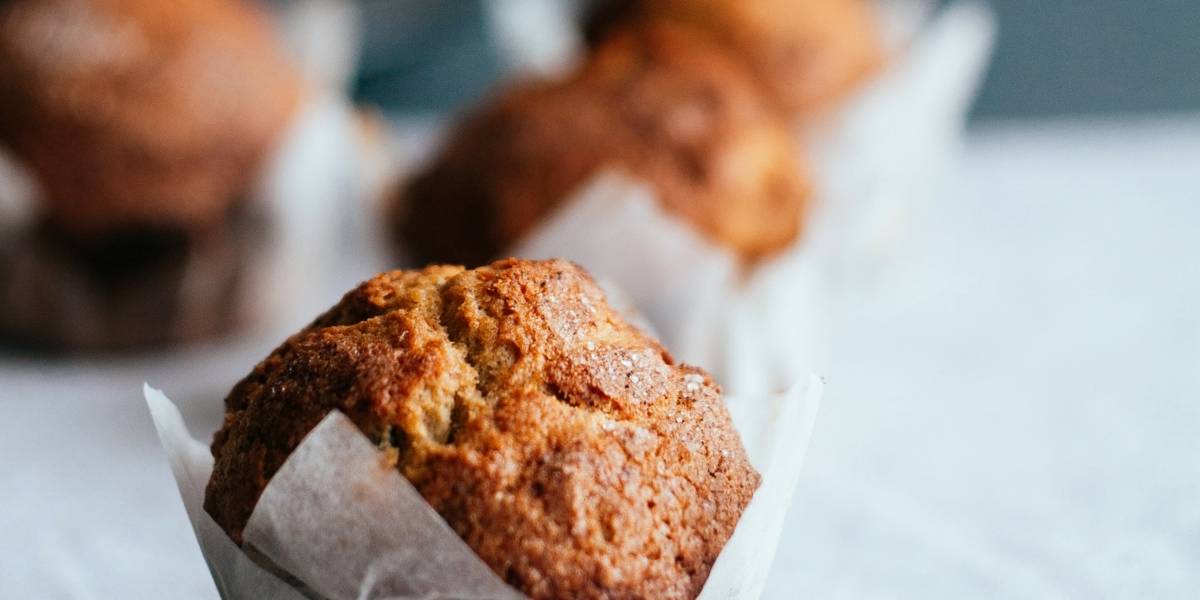 Millions of Americans enjoy eating muffins and you probably have your favorite flavor: chocolate chip, banana, or maybe even blueberry?

Muffins also play an important part in our PREDICT studies - the world's largest in-depth nutritional research program in the world.

Our second study, PREDICT 2, has seen hundreds of these little cakes finding their way to participants across the US through the mail. Over the ten days of the study, participants ate a set number of muffins at specific times - sometimes washed down with a milkshake - allowing us to gather valuable data about how their blood sugar and fat levels change as they digest and metabolize them.

Our studies aren’t all muffins, all the time though. Study participants were also free to eat their own foods throughout the rest of the study period, as long as it was carefully weighed, photographed, and logged.

But these aren’t any old muffins. These are scientific muffins. So, what’s in them that makes them so special? And what can they tell us about personalized responses to food?

Not your Grandma’s muffins

To start with, these aren’t the kind of towering treats you can pick up from a coffee stand or bakery.

Every single one of our muffins is baked according to precise scientific specifications, containing a carefully controlled number of calories, carbohydrate, fat, and protein.

Using these standardized muffins in our research means that we remove the natural variability in foods, and minimize the impact of the ‘food matrix’. That’s how individual nutrients are physically and chemically bound together in foods, which affects how they’re broken down in the body.

Some of the PREDICT muffins are high-fat low-carb bakes with a slightly stodgy texture, while the high-carb low-fat ones are dry and fluffy. Then there are the ‘average snack’ muffins that fall somewhere in between.

By getting thousands of people to eat the same selection of muffins and measuring their nutritional responses, we can compare data between them. This means that any differences in their responses are down to a combination of their individual metabolism, the microbes living in their gut (microbiome), or the specific proportions of macronutrients in what they’ve eaten.

Our results, published in the journal Nature Medicine, show that everyone’s nutritional responses are unique - even identical twins, who share 100% of their genes.

Like a long-held secret family recipe, the original recipe for our test muffins was handed down to us by Dr. Sarah Berry, our lead nutrition scientist, and collaborator at King’s College London.

She’s one of the world’s leading experts in studying how we break down and use the food we eat (known as post-prandial metabolism), and is particularly interested in how different people digest and use fat.

Although Sarah’s original muffin recipe has been fed to more than 1,000 volunteers over more than 15 years of studies at King’s College London, she and the team initially tried to develop standardized cream cheese sandwiches as a suitable food for testing personal nutritional responses in the PREDICT study.

But while a cheese sandwich may seem simple enough, it actually has a remarkably complex food matrix. It also turned out to be too difficult to manipulate the levels of fat, protein, and carbohydrate in the sandwiches to the extent required for the study without making them inedible.

It soon became clear that the best option was the tried-and-true muffins.

Our test muffins are self-contained, easy to eat, and are simple to freeze, store, and ship. They’re made of basic ingredients with a simple food matrix that’s easily digested.

And although it took some tweaking, the team managed to create muffins with all of the macronutrients that we needed for the study while remaining palatable.

Sarah mainly studies responses to fat, so her original muffin recipe was quite oily. This meant that our test bakers had to do a lot of experimentation to create the perfect range of muffins for PREDICT.

Although the basic recipe for all our test muffins is the same - flour, sugar, baking powder, dried and liquid egg white, and a blend of oils - the proportions vary depending on the levels of fat, carbohydrate, and protein that we need, which took a lot of optimization to get right.

In case you were wondering, every single muffin is the same plain vanilla flavor. While it might be more fun to throw in some blueberries, choc chips, or pumpkin spice, this would introduce more variation into the data and make it harder to figure out what’s going on.

They may never win the Great British Bake Off, but our muffins are an essential part of our PREDICT studies. We’re also planning to make gluten-free and vegan options in the future so that we can open up our studies and our product to even more people.

If you’d like to try our test muffins - and, more importantly, unlock the secrets of your unique biology - take the first step and try our at-home test kit today.