Despite its reputation, cholesterol is essential for health. But, as with all things in health and nutrition, it’s complicated.

Because cholesterol is so crucial, everyone has high levels. For instance, every single cell is surrounded by a membrane partly built from cholesterol.

When doctors talk about “high cholesterol,” they mean that it’s present at high levels in your blood.

It’s normal to have some cholesterol in there, but too much of the wrong type increases the risk of heart disease.

Cholesterol moves through your blood in packets called lipoproteins. The two main types are:

Beyond dietary patterns, some researchers are interested in whether individual foods might help reduce LDL levels. Over the years, many have focused on oats.

Scientists have suspected a link between oats and cholesterol levels for decades. A small study published in 1963 compared the effects of bread containing rolled oats with standard bread.

In the 50 or so years since that study, researchers have continued to dig into this relationship.

The cholesterol-lowering effect of oats is due to a type of soluble fiber called beta-glucan.

For instance, the United States Food and Drug Administration (FDA) allows food manufacturers to advertise that their oat products are heart healthy.

To put that into perspective, half a cup (100 g) of dry oats has around 8 g of beta-glucan.

However, processing can alter this significantly — and we need to process them in some way before we eat them. More on that later.

Over the years, evidence has mounted. The cholesterol-lowering effect of oats seems to be fairly robust, but the size of the effect varies quite a bit between studies.

For instance, one study, which included 83 participants, found that consuming 3 g of oat beta-glucan each day for 8 weeks lowered LDL cholesterol levels by more than 15%.

However, a review of 58 studies concluded that an average dosage of 3.5 g per day reduced LDL cholesterol by an average of 4.2%.

This is not a huge effect for an individual, but it might make a difference at a population level.

After all, 28 million adults in the U.S. have high cholesterol. So, if a small dietary change can nudge some borderline folks out of the danger zone, it’s worth exploring.

How does it work?

It seems that beta-glucan might help reduce cholesterol in a number of ways. Scientists haven’t pinned down the exact mechanisms yet, but it seems likely that bile is involved.

Your liver produces bile and stores it in your gallbladder. It’s released into your gut after you eat to help break down fats.

Once bile is in your gut, beta-glucan makes it harder for bile to move through the gut wall and into your blood. In other words, it’s stuck in your gut and exits your body in poop.

Sign up for fresh insights into our scientific discoveries and the latest nutrition updates. No spam, just science.

Once you’ve pooped the bile out, your body needs to produce more. Cholesterol is a component of bile, so to make more, the body removes cholesterol from your blood — so blood cholesterol levels decline.

And, as with most things gut-related, some scientists think that the gut microbiome might also play a part.

Some types of gut bacteria are important in bile acid metabolism. And experts believe that beta-glucan interacts with these bacteria, but the details are still being thrashed out.

Not all oats are equal

Although oats naturally contain beta-glucan, plus a range of vitamins and minerals, this doesn’t mean that all foods containing oats will benefit your health.

Studies have shown that processing oats can change the properties of beta-glucan and how it works in your body.

According to a review, the more an oat’s structure has been disrupted by processing, the less the oat benefits heart health.

Also, manufacturers sometimes add oats to ultraprocessed foods that contain high levels of sugar and a wide range of additives.

Sadly, when a product says it contains oats and the label reads “heart healthy,” that doesn’t necessarily mean that it contains all the components of oats — or is healthy for your heart.

Because the FDA has approved the health claim that oats lower cholesterol, food manufacturers are free to put that claim on their labels in ALL CAPS whenever they please.

But eating healthily isn’t about buying ultraprocessed food containing one ingredient that — at some point in its life — might have helped reduce one risk factor for heart disease.

With ZOE, no food is off the table, but it’s better to enjoy some foods just once in a while.

If you're keen to eat foods that will make you feel good and keep you healthy, "whole foods" and "variety" are the two key terms to focus on.

Oats are not the only food to contain beta-glucan. In fact, by dry weight, barley contains more than twice as much beta-glucan as oats.

Other foods containing beta-glucan, in lesser amounts, include:

Beta-glucan also occurs in some types of mushrooms, yeasts, and seaweeds.

Are supplements any good?

Although supplements have their uses, at ZOE, we believe that it's best to get your nutrients from whole foods when possible. If you take single compounds in supplement form, you miss out on all the benefits that come with the rest of the food.

Along similar lines, the authors of a review explain:

Should I eat more oats, then?

Overall, the evidence that oats can help reduce cholesterol is good. However, beta-glucan is also available in a wide range of other plants, as we’ve seen. So, rather than focusing on oats, variety is key.

At ZOE, we know that there’s no dietary silver bullet. Instead, eating a wide variety of plant-based foods is the healthiest option.

Including oats in your diet is certainly not a bad choice, but there’s no need to focus on them exclusively.

Cereal B-glucans: The impact of processing and how It affects physiological responses. Nutrients. (2019). https://www.ncbi.nlm.nih.gov/pmc/articles/PMC6722849/

Clinical and physiological perspectives of β-glucans: The past, present, and future. International Journal of Molecular Sciences. (2017). https://www.ncbi.nlm.nih.gov/pmc/articles/PMC5618555/

The cholesterol-lowering effect of oats and oat beta-glucan: Modes of action and potential role of bile acids and the microbiome. Frontiers in Nutrition. (2019). https://www.frontiersin.org/articles/10.3389/fnut.2019.00171/full

The effect of oat β-glucan on LDL-cholesterol, non-HDL-cholesterol and apoB for CVD risk reduction: a systematic review and meta-analysis of randomised-controlled trials. British Journal of Nutrition. (2016). https://www.cambridge.org/core/journals/british-journal-of-nutrition/article/effect-of-oat-glucan-on-ldlcholesterol-nonhdlcholesterol-and-apob-for-cvd-risk-reduction-a-systematic-review-and-metaanalysis-of-randomisedcontrolled-trials/60A75CB215602240E9363D49DCB690ED

The food industry has been selling low-fat foods for decades. In this article, we ask whether reduced-fat food...

Why your body needs fat

Good quality fat gives your body energy, keeps you warm, and helps you absorb certain vitamins. And there are ...

Is exercise or nutrition more important for weight loss?

When it comes to the question of what sort of exercise you should be doing, how often, and how much it contrib... 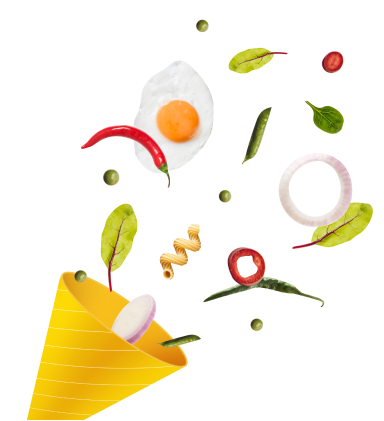